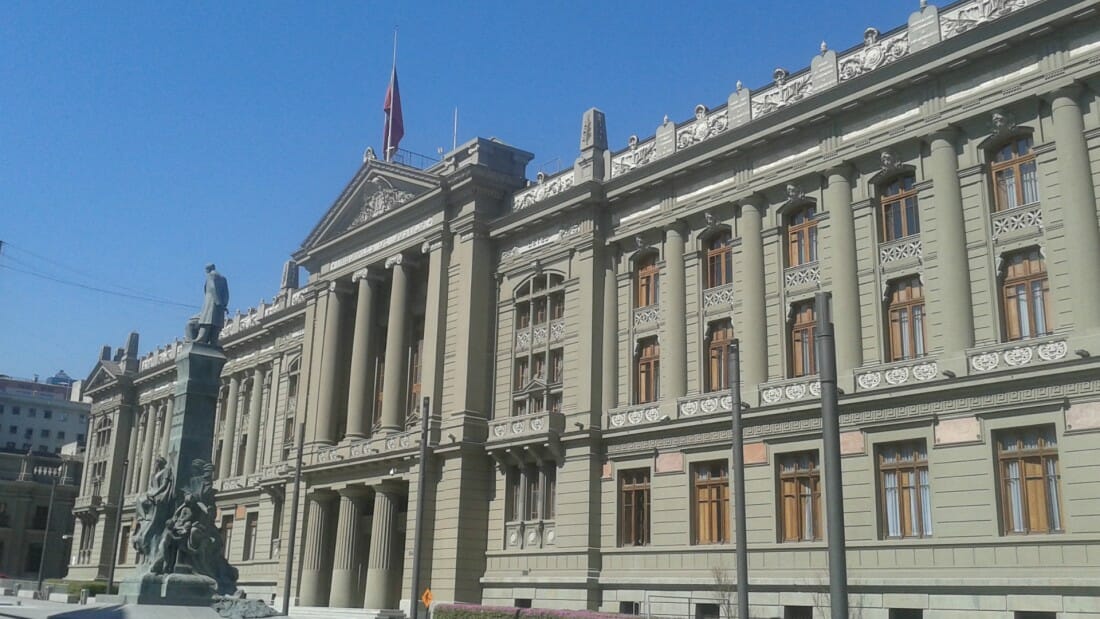 On May 20th of 2013, president Sebastián Piñera introduced a migration bill with the purpose of replacing the current regulation about the matter, which dates from 1975. A few months later that same year, the congress ordered the Supreme Court of Justice to issue a report with their opinions in the matter, especially about articles 134 and 139 of the Migration Bill. The Supreme Court considered that, even when it wasn’t the motive of the query, it was important also to refer to article 135 of the bill. That being the case, on April 9, 2018, the reelected president Sebastián Piñera issued an official document by which he made indications to the primitive law draft

In this sense, this article aims to inspect how the Supreme Court Inform was considerated by President Piñera new indications. The Supreme Court inform is extremely important since it referrs to possible violations of fundamental rights and violations of guiding principles of Chilean legislation, such as the Presumption of Innocence and the Right to be heard (Audi Alteram Partem) in administrative procedures.

That being said, we will study the following articles:

The article 134 of the bill establishes that the only appeal that can be filed against a resolution that decrees the expulsion of a foreigner from the country is the administrative review. The norm legitimates not only the affected party but also anyone acting on their behalf, to file an appeal towards the pertinent Court of the complainant’s domicile, within 48 hours of the notification of the resolution ordering the expulsion.

The article states that the Court must proceed briefly and summarily in the processing of the appeal, in a single instance and within a period of five days counted from its filing. Finally, the norm establishes that the filing of the appeal for review will suspend the execution of the expulsion order and during its processing, the measure of deprivation of freedom will be maintained if it was decreed.

Article 134, what did the Supreme Court say?

The Supreme Court referred to this norm and considered:

1. The fact that the claim is processed in a single instance could mean an impairment of the right to due process contained in the Constitution in its Article 19 No. 3 and in the American Convention of Human Rights, in its Article 8 No. 2 letter h). Likewise, it considers that this situation could provide space for different jurisprudential criteria to arise between the different Courts of Appeals. That is why the Supreme Court considers it an imperative of protection that a review mechanism be incorporated on the decision of the Court of Appeals.

2. Regarding the indication for the Court of Appeals to proceed briefly and summarily, the Supreme Court considers that this constitutes an ignorance of the ways in which, according to the law, these courts should act. It is considered appropriate to provide that the claim is known in the account or previous hearing of the case and that it is added extraordinarily to the court’s table, allowing it to gather all the information it deems necessary for the correct resolution of the matter.

3. The Court deems it appropriate to expressly add that the appeal for review that enshrines this rule is without prejudice to the appeal of legal protection of Article 21 of the CPR.
Article 134, were the observations followed?

The modifications that were made to this article by President Piñera consisted only of inserting after the phrase “to claim judicially” and of the word “this”, the expression “legality”. With this, it is clear that foreigners affected by a resolution that decrees their expulsion from the country “can only claim judicially of the legality of this” excluding the source of appeal of review that are not strictly based on formal issues. It is therefore necessary to question what legal remedies a foreigner must present to refer to the substantive considerations that justified the resolution that decrees his expulsion? Is it a situation of defenselessness because there is no applicable remedy? Or will another mechanism be incorporated to regulate these situations that were excluded by the norm?

It is important to remember the provisions of Article 10 of Bases of Administrative Procedures law, regarding the Principle of Contradiction , through which interested parties may, at any time during the proceeding, make allegations and provide documents. Professor Claudio Moraga refers to this and considers that “regardless of whether the procedure has been initiated ex officio or at the request of a party, it is of its essence that the various interests at stake can be asserted and that those interests are adequately confronted or considered in the presence of their respective holders before taking a final decision by the authority. This due contradiction serves, finally, to protect the equality of all those interested in the procedure (right to be heard) “.[1] Therefore, it is considered that the rule of article 134 of the migration law draft, in its current state, is obviously illegal, for not respecting this principle contained in chilean legislation and in various international treaties, such as example in the Inter-American Convention on Human Rights in its article 25.1.

Therefore, such modifications not only infringes the principle of contradiction, but also does not take care of the important observations made by the highest court of justice in our country.

Article 139 of the bill establishes a general duty for the Courts of Justice to inform the Interior Undersecretariat (Sub-secretario) when personal precautionary measures and criminal convictions have been issued in proceedings in which foreigners appear formalized or condemned. Then, establishes a specific duty for First Instance Criminal Courts and Oral Criminal Trial Courts to inform the Undersecretariat of the Interior of any process before them in which a foreigner is formalized or condemned.

Article 139, what did the Supreme Court say?

The Supreme Court considered that:

1. The obligation imposed on the Courts of Justice to report to the Undersecretariat of the Interior is excessive, since the Supreme Court currently maintains a Cooperation Agreement with the Immigration Department of the Ministry of Interior, under which has already access to criminal cases that are processed and contained in the SIAGJ system. In this way, this requirement can be met through the computer system with the generation of automatic warning mechanisms. The Court also recalls that the obligation to inform has actually relationship to the Civil Registry, an organization that can perfectly transfer this information to the Ministry of the Interior.

2. The Court considers that the handing over of information on the eventual formalization proceedings against foreigners could jeopardize the constitutional guarantee regarding equality before the law, the right to privacy, honor, and equally attentive to the principle of innocence. All this because it is understood that the formalization is a communication that is characterized by being an unilateral action of the Public Ministry that has been established in favor of the accused because it allows them to take notice that an investigation is being carried out against them. The Court recalls that our legal system regarding the treatment of confidential information of persons has been limited to include only those records that come from processes in which the criminal responsibility of a person has been definitively proven.

Article 139, were the observations followed?

The observations made by the executive to the present article are limited to replacing in both paragraphs the expression “to the Undersecretary of the Interior”, by “to the Service” without considering absolutely any indication made by the Supreme Court. It is worth asking if a rule that violates the principle of innocence will be incorporated.

Finally, article 135 of the bill establishes that the foreigner who feels affected by any resolution of the Secretary of the Interior has both administrative and jurisdictional remedies to appeal to it.

Article 135, what did the Supreme Court say?

The Court concludes that, if the appeal is made through jurisdictional means, the competence of the Undersecretary is inhibited.

Article 135, were the observations followed?

Therefore, it is concluded that the Migration law draft as it currently stands, goes against Articles 1, 19 No. 2, 3 and 4 of the Political Constitution of the Republic, regarding due process, equality before the law, right to private life and honor, and affects the Principle of Innocence that has great doctrinal and judicial recognition.

The amendments to the bill made by President Piñera not only maintain these critics, but also constitutes a new violation to the Principle of Contradiction, regarding article 10 of Law 19,880. Finally, it is important to add that it is of the utmost importance that these errors are corrected in the corresponding Bill procedure, which is still being reviewed by the National Congress.

© 2018 – Vivir en Chile
Do you want to use this article on your website, blog or e-journal? Of course you can, as long as you include this message in it. Vivir en Chile is a legal and accounting firm specialized in the incorporation of companies and individuals in Chile. We believe in open borders and global opportunities.
www.vivirenchile.cl

More questions? We answer the most frequent ones in our dedicated section.

Learn about topics and news regarding current Chilean immigration processes.